What have your mayors done in the first 100 days?

This week, the newsroom is putting finishing touches to a special page that we will launch to mark the first 100 days of the current term of local chief executives. Some constituents understandably had high hopes when challenger candidates beat entrenched politicians in the last elections, while others had probably grown cynical and predicted the newly-elected mayors would eventually go the supposed trapo and corrupt ways of the people they replaced.

On October 8 – the 100th day since they assumed office – we, as journalists and constituents, will be duty-bound to assess toward which direction the mayors are leaning. (Coincidentally, the anniversary of the Local Government Code, which has given local government units immense power, falls within that week too, on October 10.)

We want to believe we’ve had a headstart in doing that. In our coverage of select urban areas the past months, we’ve tried to focus on how the new mayors are crafting policies and dealing with deep-seated problems inherited from past administrations, and less on public relations stunts and motherhood statements. 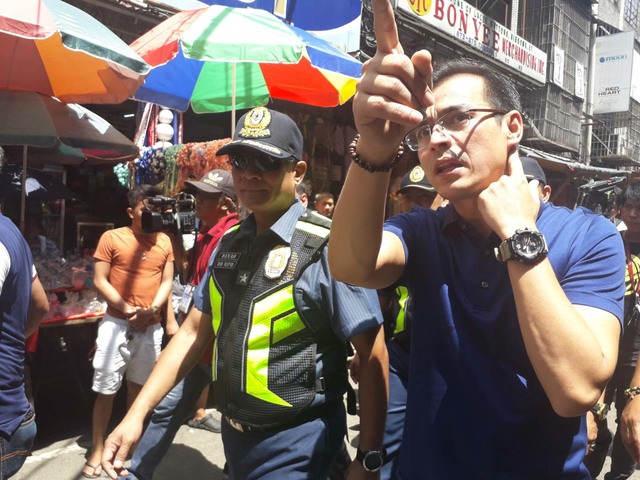 INSPECTION. Manila Mayor Isko Moreno does the rounds in Divisoria on July 3, 2019, before the start of street clearing operations. Photo from Morenoâs Facebook page

So far, we’ve paid close attention to mayors Benjamin Magalong of Baguio, Joy Belmonte of Quezon City, Francis Zamora of San Juan, Vico Sotto of Pasig, Isko Moreno of Manila, and Edgar Labella of Cebu City. We are looking at Abigail Binay of Makati as well – not a first-term mayor, but an interesting case study if you’d compare her governance style with that of her father, mother, and brother who were mayors before her.

For our reporters to get a basic handle on how to assess the mayors assigned to them, I gave them the guidebook that the Local Government Academy (LGA) especially produced for NEOs or newly-elected officials on how to navigate their first 100 days in office. It says that, from July 1 to October 8, the officials go through transition, do mobilization, and prepare a plan and budget for the next year.

Transition involves forming one’s team and knowing the fiscal status of the LGU, and actually unofficially starts not on the day a mayor is sworn in at noon of June 30 but the day he or she is proclaimed in mid-May.

Mobilization involves meeting and engaging the council, the barangay leaders, the personnel of various departments in city hall, and the officials of national agencies’ branch offices in their localities. This is also the period where Local Special Bodies – where non-governmental and private organizations are represented – should be reconstituted, and when audit of the various departments are conducted.

Planning entails drafting the budget for 2020 based on a development plan that factors in the profile and needs of the city’s population, the locality’s land resources, its economy and sources of income, and its development targets. 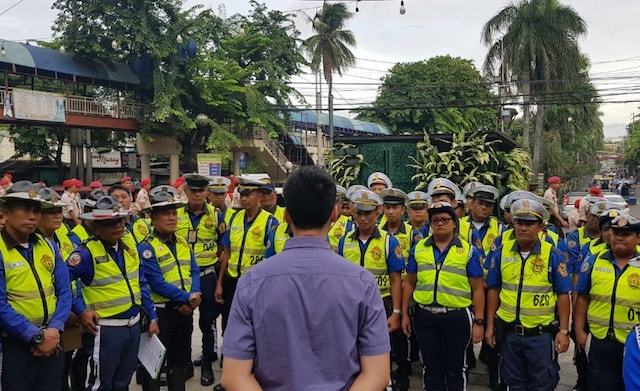 PASIG CHIEF. Pasig City Mayor Vico Sotto offers traffic enforcers a way to secure their tenure even as he warns them to 'straighten up' or face dismissal and prosecution. Photo from Sottoâs Facebook page

The LGA says this should help the NEOs “initiate the projects and programs that you promised during the elections, re-direct development through an action agenda, and motivate people through a change in culture and processes.”

I’m sharing these guidelines so you, as constituents, can also make your own assessment, and also point us to where we might have to bring our coverage next. Our close monitoring of new or returning local officials certainly will not end on their 100th day in office. (READ: EDITORIAL: The good mayors need us)

Speaking of keeping our local governments accountable, I made this proposition during the post-election briefing for Rappler PLUS members in May: if we want to influence our local leaders, be a voice they won’t be able to ignore, and foster a culture of empowering constituents, we should start sharing our ideas with and volunteering our expertise to our LGUs. Lobby hard enough to make sure it’s experienced people from real NGOs and the private sector who will be named to local special bodies. We cannot be outsiders forever, criticizing what local officials supposedly don’t understand or are doing wrong.

If you are interested in a full discussion of that topic, my paper from that briefing – “Laying the Groundwork for 2022 and Beyond: Strengthening the Local Vote” – is now available for download by Rappler PLUS members. It has more details, notes, and references. (If you want to access this and other research papers by Rappler journalists and consultants, as well as be part of for-members-only briefings, you can sign up for Rappler PLUS here.)

As for me, this is how I’m doing my part in engaging and supporting our LGUs: this Friday, October 4, I shall join what I consider a passion activity with the Local Government Academy, an institution I regard with respect and sentimentalism. It’s an attached agency of the Department of the Interior and Local Government, which I covered as a young reporter (we’re talking decades ago). When I was starting to develop keen interest in the local government sector, its resources broadened by knowledge and enriched my writing.

I shall be briefing local officials from 10 municipalities from Luzon and Mindanao on crisis management. As in a similar activity I did with a different set of local officials in the past, I expect to learn from the participants as much as they say they expect “highly relevant and practical” lessons from a journalist like me.

How about you, how can you help your local government?

WATCH some of the exclusive interviews and discussions we’ve had with newly-elected mayors during their campaign and first 100 days: