Why should we alter our course? This week's outlook

Manolo Ebora’s words echoed in my head long after we broke our story last Friday, November 1, on how the all-Filipino ship crew whom he led challenged a Chinese ship in the high seas.

“May I know, is this Chinese territory? Why should I alter my course?” Ebora asked the crew that was manning a Chinese warship on September 30 near Panatag (Scarborough) Shoal and was insisting that the ship Ebora was navigating take a different route. Ebora observed the Chinese ships to be stationary, apparently watching over Philippine territory – the latest proof of China’s de facto presence since 2012 over Scarborough, which belongs to Philippine waters.

Ebora eventually had to steer the Greek-owned commercial ship away from the area even as he was tailed by one of the Chinese ships. But he was upset about it, which prompted him to tell his story to Rappler reporter JC Gotinga. Watch and read about the interview here.

We wonder how many stories in the high seas are left untold – whether by Philippine Navy troops who would get into confrontations with Chinese ships or Filipino fishermen who are constantly harassed in our own waters.The predictable Sal Panelo dismissed Ebora’s woes as of no concern to Malacañang.

Panelo is “so wrong on several levels,” according to maritime law expert Jay Batongbacal, who said the flippant presidential spokesman should truly stop discussing foreign policy.

Ebora’s video went viral at the same time that ASEAN leaders met in Thailand for their 35th Summit, where President Rodrigo Duterte called for “self-restraint” in the South China Sea. In that summit, Beijing promised to work with ASEAN for a code of conduct for the sea, which is set to be finished in 2021. 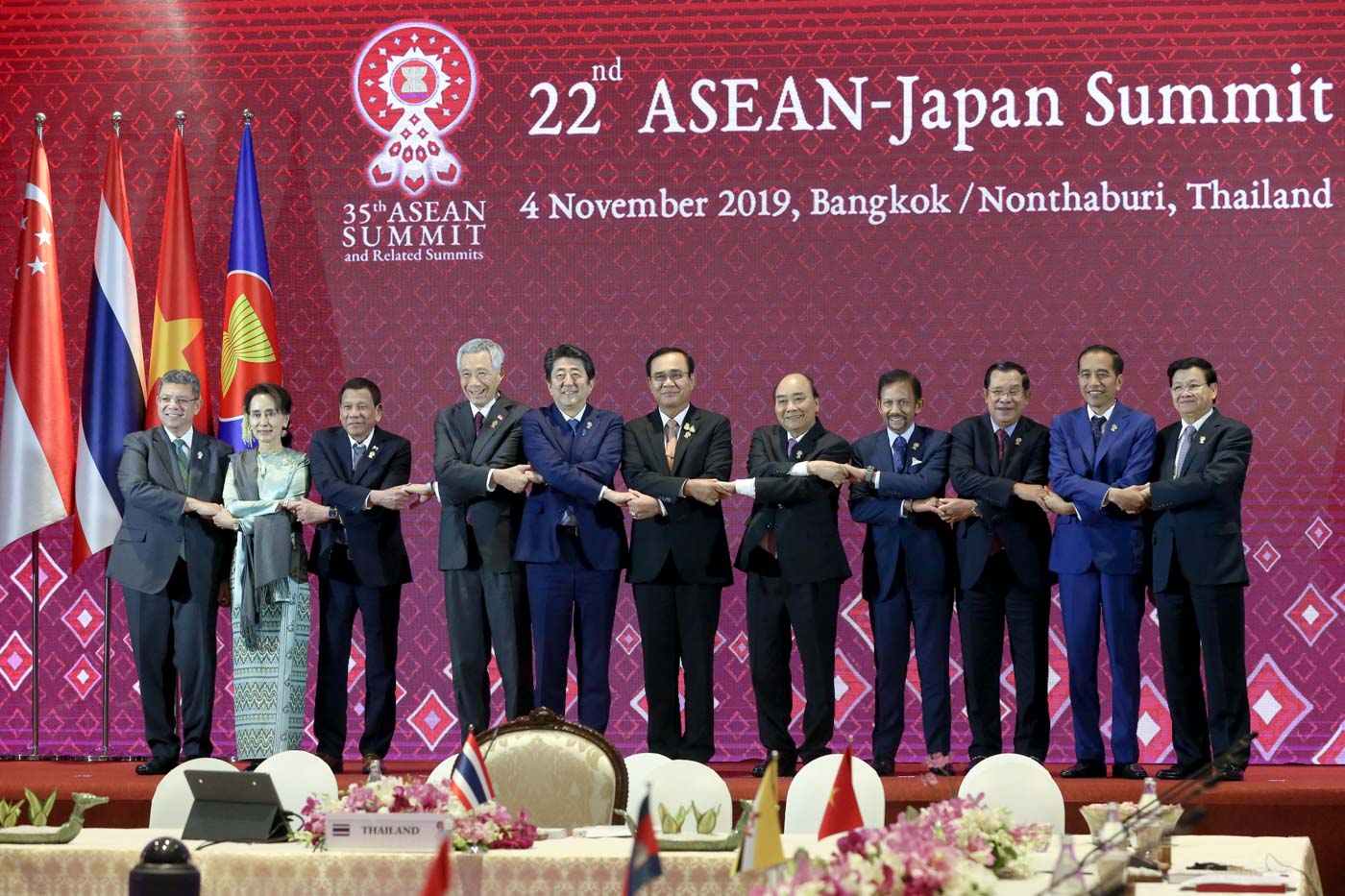 ASEAN AND JAPAN. President Rodrigo Duterte with other leaders from the Association of Southeast Asian Nations (ASEAN) and Prime Minister of Japan Shinzo Abe during the 22nd ASEAN-Japan Summit at the Impact Exhibition and Convention Center in Nonthaburi, Thailand on November 4, 2019. Photo from Malacañang

The summit started on Friday, November 1, a day after another earthquake hit Duterte’s home region in Northern and Eastern Mindanao. It was the 3rd to hit Cotabato, and a grim reminder of what local governments sometimes take for granted at their peril – building inspections and hazard preparedness.

Here are the most destructive earthquakes to hit Mindanao.

Prior to the series of Mindanao quakes, the country already went through strong, deadly earthquakes this year:Twin earthquakes in Batanes in July

What’s so deadly about earthquakes, and how vulnerable is the country to them? Watch our previous Rappler Talk interview with Dr Mario Aurelio, a geologist and currently the director of the National Institute of Geological Sciences at the University of the Philippines.

President Duterte is scheduled to return to Manila from Thailand on Monday evening, November 4. He has not named a replacement for resigned Philippine National Police chief Oscar Albayalde, who retires officially on Friday, November 8. On the President’s desk is a short list of the 3 most senior PNP generals to choose from, but it seems, according to Interior and Local Government Secretary Eduardo Año who submitted that list, Duterte has “other officers in mind.”

If there's any "appointment" that's not being taken seriously, it's Duterte's offer to Vice President Leni Robredo for her to be the anti-drug czar. Of course, he's setting her up to fail, as the Rappler editorial said on Monday, November 4.

Our sources are also saying Malacañang is expected to announce this week China’s new ambassador to Manila, who will replace Zhao Jianhua, who ended his tour of duty in October.

Congress also resumed session on Monday, November 4. GDP growth for the 3rd quarter will be announced on Thursday, November 7, while big Philippine companies will report their Q3 earnings this week – PLDT/Smart, Globe, and Aboitiz.

Elsewhere, we’re monitoring massive street protests – whether in Hong Kong, Chile (which prompted the government to cancel its hosting of the APEC Summit this month), or Iraq. A divided and angry America began on Sunday, November 3, their one-year countdown to the presidential race, while the impeachment process against US President Donald Trump pushes forward.

Here are the other key events/activities this week:

The defense department will give the House of Representatives a briefing on the military’s modernization program.

Rappler’s Sports section will start its weekly newsletter on the UAAP Games. Watch out for it!

Saturday, November 9. It’s the 30th anniversary of the fall of the Berlin Wall, and also Cambodia's Independence Day.

Have a productive week ahead! For comments, please email me at glenda.gloria@rappler.com – Rappler.com