Just when most voters had probably forgotten about the midterm elections that happened this year, news that smelled like public funds could’ve been misused broke into our feeds on Wednesday afternoon, November 20.

While the Senate plenary deliberated on the proposed budget of the Department of Justice for 2020, Senate Minority Leader Franklin Drilon – himself a former DOJ secretary – asked: whatever happened to that P1 billion that Congress allocated in 2019 for the construction and rehabilitation of penal colonies in Palawan, Leyte, Davao, and Zamboanga, and the Correctional Institution for Women?

Uh, sir, came the reply, it has not been released by the budget department less than two months before the year ends. And, by the way, sir, the Bureau of Corrections head at the time – Director General Nicanor Faeldon – actually requested (but was rejected by the Senate) that the P1 billion be realigned to just one facility, the Sablayan Prison and Penal Farm. It’s Occidental Mindoro, his home province where he had considered running for governor.

I’ll let your imagination work – what could have happened if Faeldon got his way? 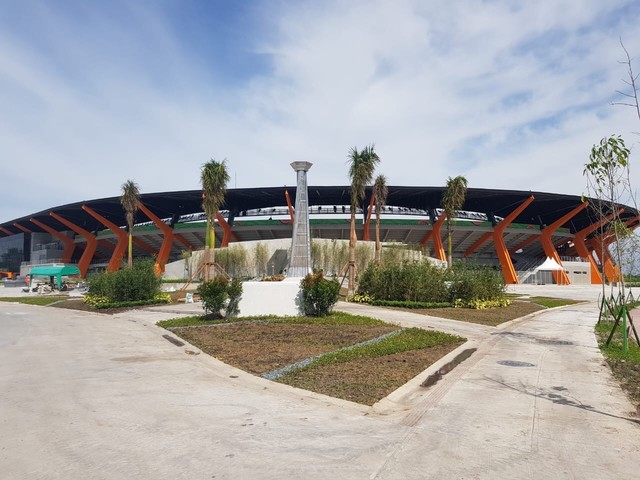 SEA GAMES. The government spent P50 million for a giant cauldron (center) which will be used for the torch lighting ceremony at the 2019 SEA Games. Photo courtesy of BCDA

But, of course, when it comes to reviewing the 2019 budget of agencies before granting the amounts they are proposing for the coming year, the hardest allocations to explain so far are those involving the country’s hosting of the Southeast Asian (SEA) Games.

The P50 million spent on the cauldron, which has already generated strong criticism from the non-DDS public, is unfortunately just loose change compared to the many other eye-popping amounts for items in the SEA Games budget that, as Bill Velasco pointed out in his Philippine Star column, “really have nothing to do with the Philippine athletes’ performance in the Games.”

Speaker Alan Cayetano, who chairs the Philippine SEA Games Organizing Committee (Phisgoc) Foundation, defended the cost of the cauldron, saying that the design, for example, was worth it (P4.48 million) because “it’s a work of art” designed by National Artist for Architecture Francisco “Bobby” Mañosa. (If this is how much we value our creative talents, though, how come Phisgoc is paying Maestro Ryan Cayabyab, a Magsaysay Awardee, only P1.14 million as talent fee in another aspect of the game hosting?)

Cayetano, however, failed to convincingly defend why Phisgoc was even constituted. He said this was because the budget department, the Philippine Olympics Committee, and the Philippine Sports Commission just couldn’t handle the jobs, so a “multi-stakeholder” foundation was needed.

And that “multi-stakeholder” foundation will be in charge of P1.52 billion – a fourth of the SEA Games budget – worth of contracts that would be awarded without public bidding.

Speaking of total budget, the SEA Games budget document that has gotten around media and athletes’ circles show that it’s a flat P6,000,000,000 – something that very rarely, if not never, happens with budgets that are meticulously prepared. As a colleague puts it, it looks like a “total” amount was just pulled out of thin air and then organizers worked backwards to match the total figure. 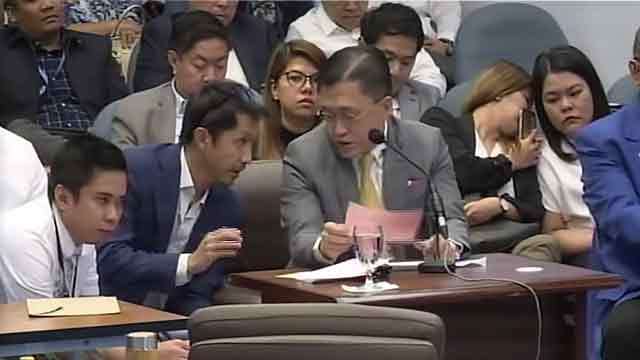 Senator Drilon also questioned why the government needed to spend P9.5 billion to build the New Clark City sports facilities in Tarlac when the Rizal Memorial Stadium in Manila could have been upgraded for only P1.2 billion. The new sports complex is a project of the Bases Conversation and Development Authority, which is headed by Vince Dizon, Alan Cayetano’s former consultant. He was the one who was caught on camera coaching Senator Bong Go when the latter was being grilled to justify the SEA Games hosting budget.

While Dizon, Go, and Speaker Cayetano’s sister, Senator Pia Cayetano justified how the sports complex could be rented out to foreign teams that would be need training venues after the SEA Games, netizens shared articles like BBC’s “These haunting photos of abandoned Olympic sites tell their own stories” and CBS’ “Abandoned Olympic venues.”

Business Insider reported in February 2018: “Hosting the Olympics can be an economic burden on a country, especially if the host nation has to build venues for the games. Throughout Olympic history, we've seen that once the games are over, these venues often become abandoned, crumbling as they go unused.”

Meanwhile, in the Philippines, we monitor unfinished games venues and, more importantly, athletes airing their grievances about how they didn’t get enough support, or didn’t get support at all, from government in their training and preparations. We hear of complaints about how sports officials played politics to squeeze into official lineups supposedly less qualified but favored athletes over those who had trained better for the 2019 games.

Ah, why did I even think people would have forgotten the midterm polls by now? I realize that every day we wake up to exposés on how the taxes we paid government are being loosely spent, we are reminded that this was, through the ballots we cast in May, how we decided we wanted to be governed.

Important reads about the 2019 budget and the proposed 2020 national budgets: 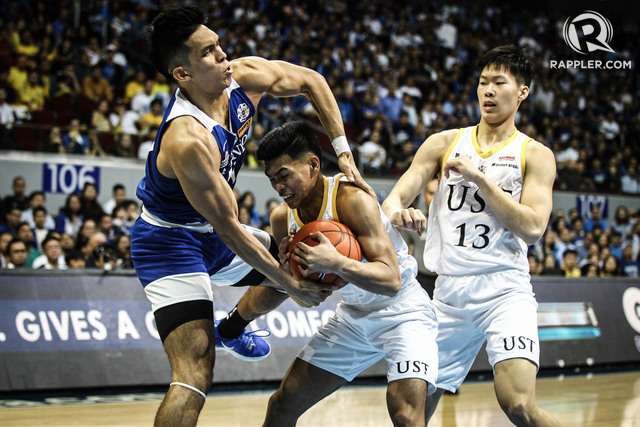 MIGHTY EAGLES. Thirdy Ravena and the Ateneo Blue Eagles hold off Mark Nonoy and the UST Growling Tigers in the title series. Photo by Josh Albelda/Rappler

And here are the big stories you shouldn’t miss today: