Send in the athletes 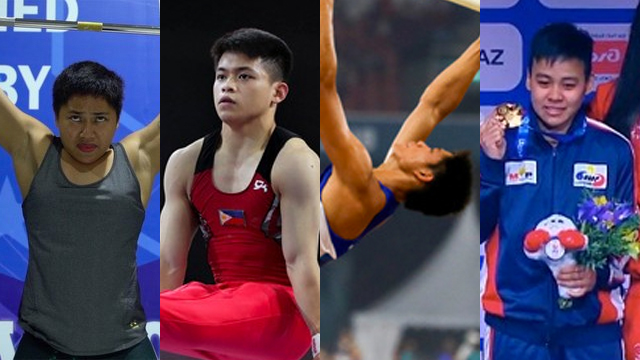 What it's about: We're off to a messy start in the hosting of the SEA Games 2019, but in the end, the games are all about the athletes.

Here's Hidilyn Diaz talking about her journey to the coveted women's weightlifting gold. She put the past behind her and is focusing on winning.

Worth revisiting too is this video on Carlos Yulo and how he tumbled to success. He's the first Filipino world gymnastics champion, and at the same time, a qualifier in the 2020 Tokyo Olympics.

But as Bee Go notes, it's been 14 years since our last hosting and the technology has tremendously changed. Back then, we hosted only 40 sports – now we are hosting a whopping 56, adding up to at least 530 events.

How did we end up hosting the games? In 2015, the Philippines agreed to host the games after Brunei withdrew. But the Marawi siege happened and President Rodrigo Duterte said the administration would rather spend the money on the rehabilitation of the city that was reduced to rubble. Thailand and Indonesia offered to host the games. The Indonesians could reuse the venues used for the 2018 Asian Games. But in 2017, the Philippines announced it would push through with the hosting.

In this enlightening discussion, Chay and the reporters tackle these points:

Cayetano dares critics: ‘Hold me accountable’ for SEA Games mess. SEA Games organizing chair and Speaker Alan Peter Cayetano says, "I can look anyone in the eye [and say] ni singko, wala kaming kinita dito sa (we never made even a penny from the) SEA Games."

Duterte 'displeased' by SEA Games mishaps, wants probe. President Rodrigo Duterte is dismayed about the many mishaps plaguing the 2019 Southeast Asian Games. He wants a probe into the blunders.

Drilon questions P50-million ‘kaldero’ for 2019 SEA Games. Senate Minority Floor Leader Frank Drilon says, "We do away with 50 classrooms to build a P50-million kaldero that we use only once? I am not even talking about overpricing. I'm talking about propriety."

Football teams grumble: SEA Games hosting chaotic. Athletes waited a long time at the airport. They were shuttled in buses with uncomfortable seats. Teams were brought to the wrong hotels. Disorganization marks the arrival of teams participating in the Southeast Asian Games earning flak for host country Philippines.