In case you missed my newsletter last week, here it is: Oh, Taal: This week’s outlook

Not too long ago, President Rodrigo Duterte’s alter egos would dismiss his rants against groups and institutions as nothing but “golpe de gulat” – his penchant for shock-and-awe statements that should not alarm the public. In 2017, for instance, his economic managers tried to temper his rejection of aid from the European Union (EU) following the EU’s criticism of the Philippines’ drug war, saying in many words that he did not mean it.

Lo and behold, a year later, the government formally rejected P380 million in aid from the EU.

Golpe de gulat thrives under this dispensation, and the first two weeks of 2020 reminded us of this again. It is its weapon of choice against the business elite that has perpetuated past regimes. It is its most effective tool in telling them that their time is up, that the future belongs to a new oligarchy.

Let’s cite the most recent instances. 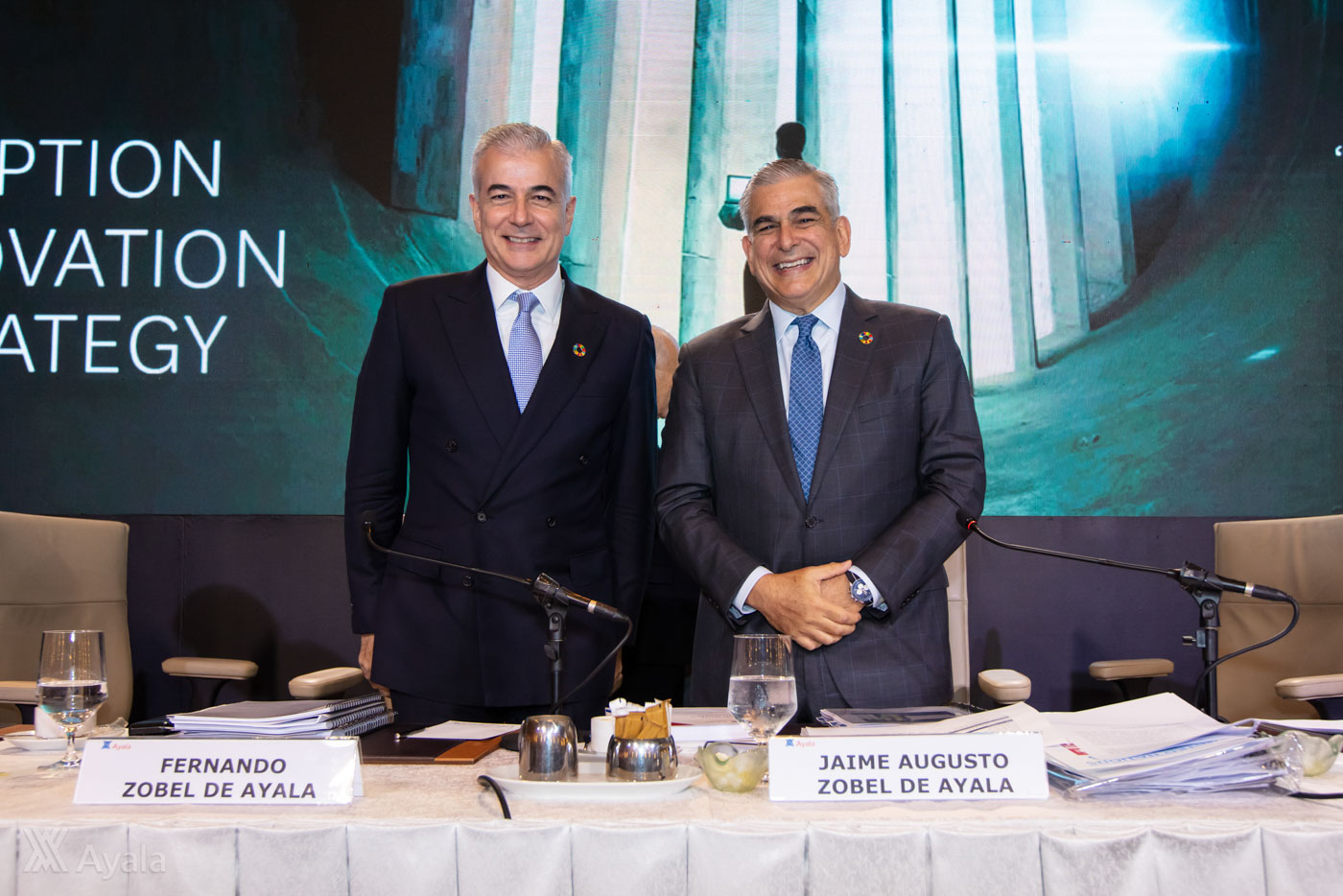 UNDER SIEGE. The Ayala brothers during an annual stockholders meeting. Photo courtesy of Ayala Corp.

Note that this move to review all government contracts with the private sector was institutionalized on April 1, 2019 – at the height of the water crisis – during the Duterte Cabinet’s 36th meeting.

All the signs are there: an old authoritarian playbook rolling out in the guise of a campaign for public interest, against corruption, and against the elite. When one acquiesces to abusive power, one tells power it can do more. That’s what the Yale historian Timothy Snyder wrote in one of the most popular readings in the last two years, On Tyranny: Twenty Lessons from the Twentieth Century.

Some of the lessons he enumerated are worth remembering.

MUST REMEMBER ON TYRANNY

Lesson 1: Do not obey in advance. “Most of the power of authoritarianism is freely given. In times like these, individuals think ahead about what a more repressive government will want, and then offer themselves without being asked. A citizen who adapts in this way is teaching power what it can do.”

Lesson 2: Defend institutions. “It is institutions that help us to preserve decency. They need our help as well. Do not speak of ‘our institutions’ unless you make them yours by acting on their behalf. Institutions do not protect themselves. They fall one after the other unless each is defended from the beginning. So choose an institution you care about – a court, a newspaper, a law, a labor union – and take its side.”

Lesson 17: Listen for dangerous words. “Be alert to the use of the words extremism and terrorism. Be alive to the fatal notions of emergency and exception. Be angry about treacherous use of patriotic vocabulary.”

Taal Volcano enters its second week of unrest. As of Monday noon, January 20, Alert Level 4 remained, with experts saying that based on data, a hazardous eruption remains possible "within hours to days."

It's tennis season this week as the Australian Open began Monday – amid smoke fears from the bushfires – with Naomi Osaka making a winning start to defend her title.

The World Economic Forum is happening in Davos from Tuesday, January 21, to Friday, January 24. US President Donald Trump is speaking there on Tuesday, while Greta Thunberg is in a panel on climate change on the same day.

Also on Tuesday, the prosecution will start presenting its case against Trump at his impeachment trial.

A Senate committee in the Philippines will be holding a hearing on Tuesday on concerns over Chinese ownership of the national power grid. The new Philippine National Police chief, Lieutenant General Archie Gamboa, will deliver his acceptance speech also on the same day.

On Wednesday, January 22, a House committee will hold a hearing on ride-sharing companies. A Senate committee in the afternoon will tackle issues of indigenous peoples related to the Kaliwa Dam project and closure of Lumad schools.

On Thursday, January 23, the International Court of Justice is expected to rule on emergency measures in the Myanmar Rohingya genocide case.

Kung hei fat choy! And have a meaningful week ahead. Feel free to email me at glenda.gloria@rappler.com. - Rappler.com