As I write this, evening of Wednesday, February 12, our reporter Ryan Macasero is speaking to Cebu airport officials, who say Filipinos who arrived from Taiwan are raising hell for having been held at the airport since Tuesday, refusing to be placed under quarantine. Their plane had apparently left Taipei before immigration people in Mactan got the memo that Taiwan was covered by the Philippines’ temporary travel ban related to the novel coronavirus outbreak.

Our newsroom chat channels – and the published stories by major media outlets – for more than a week will attest to the fact that even journalists had been confused over whether or not Taiwan was included.

Finally, on Monday, February 10, a Department of Health (DOH) official ended the confusion and said, yes, Taiwan had always been included in the ban since President Rodrigo Duterte, through Executive Secretary Salvador Medialdea, ordered it on February 2.

Still, Health Undersecretary Eric Domingo acknowledged in a press briefing that even the government agencies in charge of safety protocols were themselves confused that they got to start implementing the ban only over the weekend. 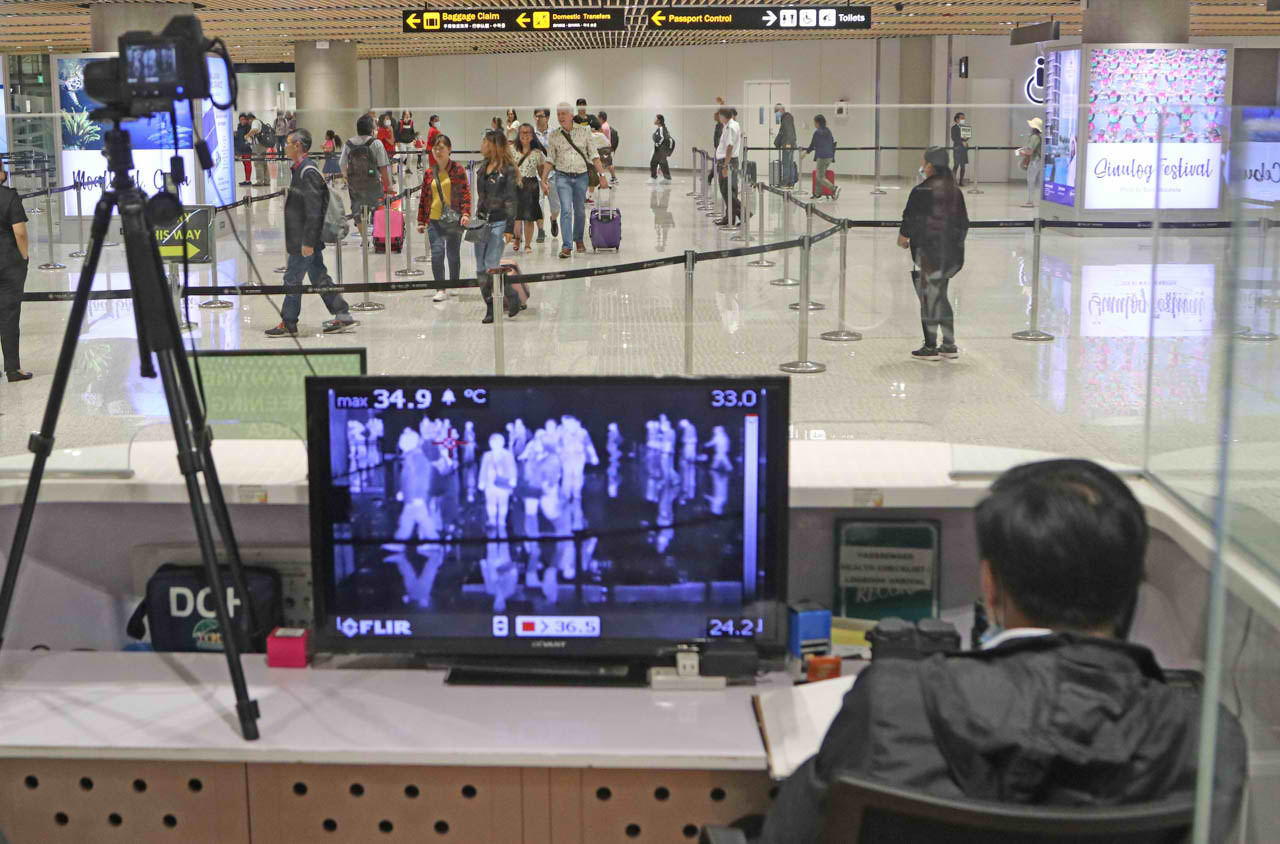 Why the confusion? In at least the initial government orders imposing the travel ban, Taiwan was never specified. The order announced by Medialdea only said the Philippines would be temporarily off-limits to “any person, regardless of nationality, directly coming from China and its Special Administrative Regions.”

So DOH’s Domingo put it this way: “If you look at the WHO map and the number of cases that they have, Taiwan is included in China. Since we have a temporary travel restriction and ban on China, then Taiwan is included.”

Taiwan is protesting – and rightfully so. The Taipei Economic and Cultural Office in the Philippines (TECO) said in a statement on February 11 that the Philippine government had “wrongly included” Taiwan in the ban. “Taiwan issues its own passport and visas and has exclusive jurisdiction over its people and territory. Taiwan is not, nor has it ever been, part of the PRC (People's Republic of China),” it said.

TECO reiterated what foreign ministry spokeswoman Joanne Ou said that, “To confuse Taiwan with China has caused troubles for our side and in the international community.”

Agence France-Presse reported that when Ou was asked if they thought China was pressuring the Philippines to do this, she said, “China's shadow is lurking…. I think the Chinese factor is obvious.”

In fact, nobody needed to make a guess. The Philippine health undersecretary was clear about it: Because the Philippines subscribes to the 1975 joint communiqué, which recognizes “there is but one China and that Taiwan is an integral part of Chinese territory,” then a ban on China is a ban on Taiwan.

It is definitely unfair to Taiwan to be lumped together with China as if it were in the epicenter of the outbreak. Despite its geographic proximity to China, it has recorded only 18 confirmed cases of the novel coronavirus – much less than Japan, Singapore, Thailand, and South Korea, as of evening of February 12. That was a result of its swift action towards preventing the spread of the virus.

Yet Taiwan is prevented from doing more because countries like the Philippines and international institutions refuse to acknowledge it as a sovereign country. For instance, unlike other countries, it’s not allowed to get its citizens out of China and into safety because, well, it’s supposedly part of China and China is on lockdown. Taiwan cannot get information fast and complete enough from the International Civil Aviation Organization, which subscribes to the one-China policy.

Taiwan cannot get information from the World Health Organization as much as it wants to – because WHO recognizes only one China. This also makes the WHO miss out on any medical and scientific expertise that Taiwan may be able to contribute to the coronavirus research.

“With the world facing an extraordinary public health challenge with lives in the balance, it is intolerable that Taiwan should be a blank space on the global health map,” a Sankei Shimbun editorial reads.

Taiwan is strongly protesting its continued exclusion that its foreign minister has already taken to social media to put the WHO on the spot.

(After I had sent out this newsletter to subscribers, we published a report that Taiwanese President Tsai Ing-wen instructed her Cabinet to draft measures to retaliate against the Philippines. One course of action could be the scrapping of its policy that allows visa-free entries for Filipinos.)

LINKS TO OUR NOVEL CORONAVIRUS COVERAGE

The reality is, the travel ban on Taiwan affects Filipinos too. Opposition Senator Francis Pangilinan pointed out on Wednesday that the restriction also covers some 154,000 Filipinos who work there.

So he asked: is this primarily for protecting Filipinos from the virus or to please China? What if the Filipinos who are prevented from flying to Taiwan lose their jobs? Certainly, the P10,000 cash aid that the government offers to stranded OFWs is not enough to tide them over.

“The administration’s adherence to the so-called One-China Policy should not be above the welfare of our OFWs in Taiwan,” the senator said.

Back at the Cebu airport, even returning Filipinos are unnecessarily caught up in the politics of the ban. Medialdea said last February 2 that Filipino citizens and holders of permanent resident visas issued by the Philippine government are exempted from this expanded ban that covers China and its special administrative regions. But because, as far as the Philippines is concerned, Taiwan is part of China, we know what happened to the Filipinos returning from that “China.” – Rappler.com