The dreaded and infamous Duterte drug list has claimed a recent but unlikely victim in the person of Lieutenant Colonel Jovie Espenido, a loyal follower of the President who has delivered in terms of target kills in relation to his war on drugs.

As of late 2019, our tally shows the following:

Read more: IN NUMBERS: The Philippines’ ‘War on Drugs’

This also made it impossible for the media to continue the previous tally of deaths sent to them by the police themselves. Add to this the number of dead or no-longer-in-office judges or local officials who were still on the list. As early as 2016, we were saying that the list was incredible and full of loopholes and should, in no way, be definitive insofar as drug suspects were concerned. It was proof of lousy intelligence.

No one listened. Malacañang didn’t give a hoot – as usual. 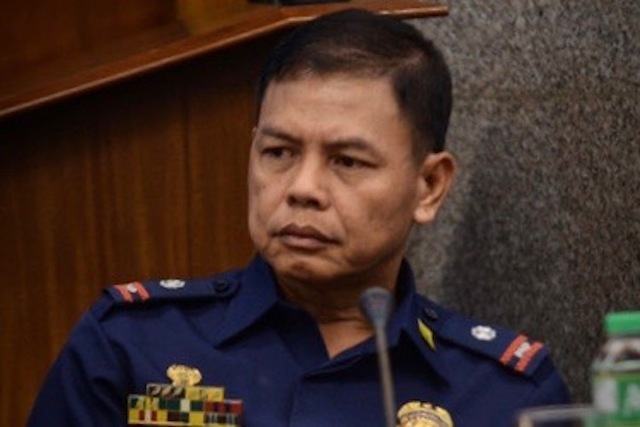 Ironically, that same list has victimized one of its enforcers. A recipient of two medals from no less than President Duterte for his contributions to the brutal campaign against drugs, Jovie Espenido minced no words when he declared that his inclusion in the list was a “failure of intelligence-gathering.” Didn’t we say that before? It’s not bullet-proof.

In an interview with our reporter Rambo Talabong, Espenido did not hide his disappointment in his chief, General Archie Gamboa. In so many words, he told Rambo that Gamboa did not exercise his prerogative and green-lighted his relief without even checking.

Presidential Spokesman Salvador Panelo was quick to say Espenido “continues to enjoy the trust and confidence of the President.” After all, Espenido was on top of police operations that killed Ozamiz City Mayor Reynaldo Parojinog and members of his family in July 2017 – they had been linked to illegal drugs, just like Rolando Espinosa Sr, mayor of Albuera, Leyte who was killed in his cell.

But Panelo was also quick to back-pedal, giving the President some maneuvering room, when he declared on Monday, February 17, that Duterte may still change his mind, depending on intelligence he gets from his own sources and information from law enforcers themselves.

But the nagging question is, is that information reliable? Judge for yourself, given the process involved, which Rambo explains in this story: Big funds, little transparency: How Duterte’s drug list works.

By Tuesday afternoon, February 18, ABS-CBN was again in the news, thanks to the indefatigable Solicitor General Jose Calida who sought a gag order against the network. Remember, he wants to invalidate ABS-CBN’s franchise via a quo warranto route. In case you missed my newsletter last week, I tackled this: Quo, what again?

On what grounds does he want that gag order? Sub judice. He is of the belief that the Court should not be swayed or influenced by ABS-CBN reports. But, really, if only factual reporting is involved, isn’t a gag order tantamount to muzzling the media? Freedom of expression and freedom of the press, two rights that enjoy constitutional guarantees, will be violated by the very court that’s supposed to protect these rights. Wouldn’t that be ironic?

ABS-CBN was asked to comment in 5 days. By February 27 or even earlier, the Senate – under public services committee chair Grace Poe – is set to hold hearings on the franchise issue. Imagine that being broadcast all over the country and the public sympathy it could further generate? We heard that on this issue the mass audience does not quite commiserate with the administration.

Meanwhile, here are the important Newsbreak stories you shouldn't miss.

Let me know what you think via chay.hofilena@rappler.com. Support free and fearless journalism – specifically our investigative reports through our crowd-funding campaign. Listen to our Newsbreak: Beyond the Stories podcast on Spotify or Apple anchored by researcher-writer Jodesz Gavilan.


Newsbreak is where you'll find Rappler’s investigative, in-depth, and data- and research-based reports. Be updated on the latest stories by liking Newsbreak on Facebook and following @newsbreakph on Twitter.