The Duterte-ABS-CBN duel: This week's outlook

The Senate opened a new battlefront on Monday, February 24, in the power play between President Rodrigo Duterte and Philippine media giant ABS-CBN. Because the rubber-stamp House of Representatives would not touch the bills for ABS-CBN’s franchise renewal, no less than the lady senator, whose political fortunes the media company helped grow, is leading a public hearing to discuss the franchise terms. (Watch the Senate hearing here.)

This gives the Lopez-led company a platform to air its side in the face of relentless presidential vexing. And it’s boxing in the House, which has acted speedily on other franchises. On Monday, a House leader finally announced they would start the “proceedings” on the ABS-CBN franchise bills.

The Senate hearing likely spooked the powers that be, who, high on hubris, put in place what seemed like a fool-proof strategy to make the President’s kill-ABS wishes come true: cower the company into silence and submission, drag the Supreme Court into the fray, freeze the franchise renewal bills in the House, and deploy the propaganda brigade.

Check these stories on the Monday hearing:

Duterte has been on this road before when early in his presidency he revived dormant cases against the owners of the country’s top newspaper, the Philippine Daily Inquirer, thereby forcing them to sell to a government-friendly businessman only to be rebuffed for overpricing.

But this new duel is not exactly a mismatch.

ABS-CBN knows power and politics as much as Duterte does. It gets the masa as much as Duterte does. Like Duterte, it has dipped its hands dirty in power plays, shuffling its cards over the last 3 decades from propping up politicians to producing them from its ranks to lobbying vested interests. All this while helping villages during disasters, entertaining households, and telling stories that Filipinos both want and need.

There is no other Philippine media company that enjoys and exercises power like ABS-CBN does. And, as we know first-hand at Rappler, there is no power as real and as resilient as the one that emanates from one’s employees and one’s core audience.

Will Duterte have his wishes come true on May 4 (not March 30, as is common knowledge), when the much-ballyhooed franchise expires? Or will he blink before the company that gave him – in his long stint as Davao mayor – a broadcast platform where he mastered the art of pulpit politics? 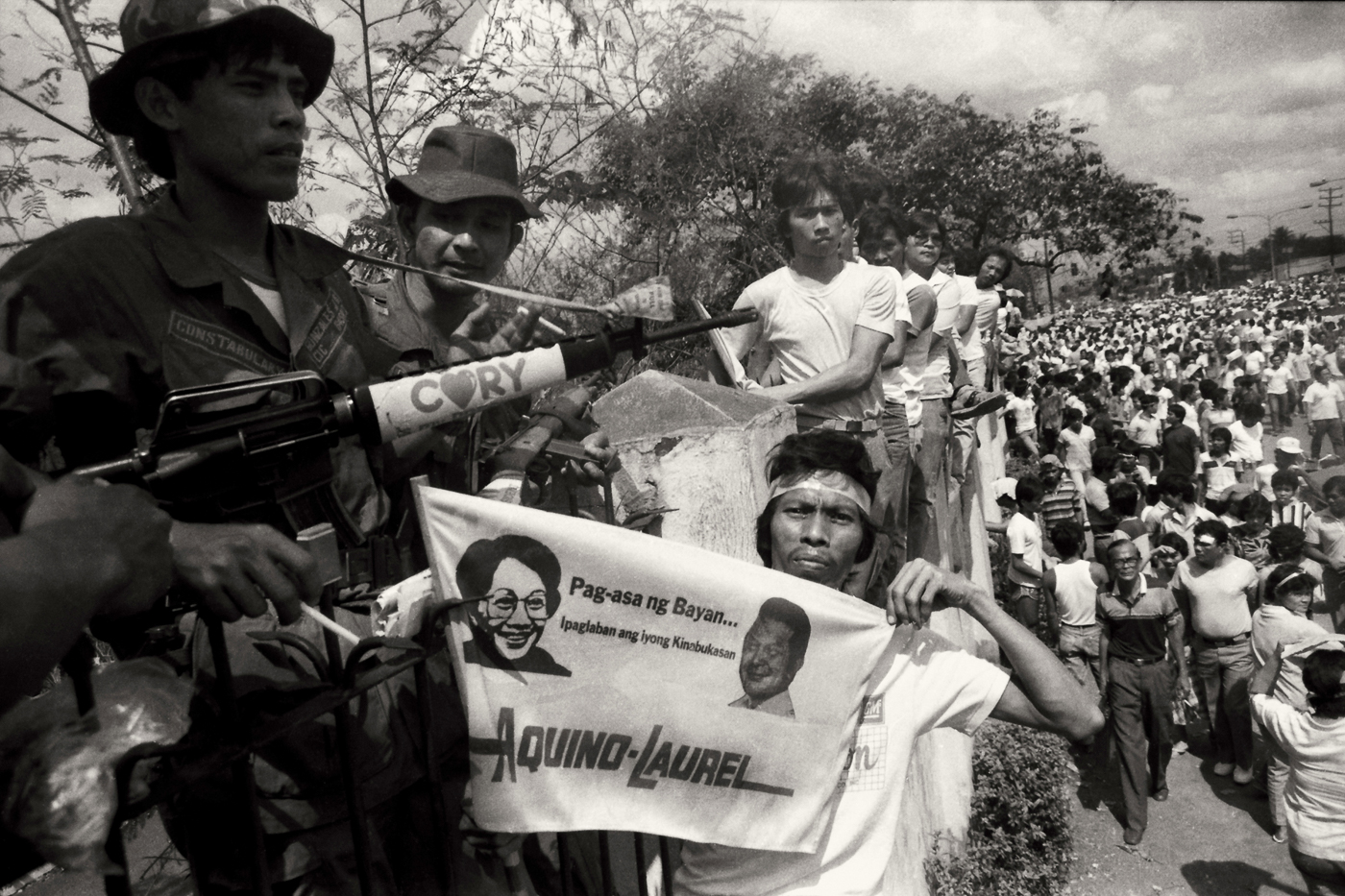 On Tuesday, February 25, we celebrate the ouster 34 years ago of dictator Ferdinand Marcos, whose authoritarian regime shut down media companies such as ABS-CBN; harassed, jailed, and killed journalists; and set up a massive propaganda machine that promoted and shared only the true, the good, and the beautiful.

Presidents in this part of the world have always had a testy relationship with the press. At a panel on media and 'lawfare' last Friday, February 21, I cited the various instances when Philippine presidents crossed hairs with journalists and media companies.

Joseph Estrada, through his friends in the entertainment industry, mounted an ad boycott of the Inquirer at the height of the corruption allegations against him. He also filed a P100-M libel suit against The Manila Times, then owned by the Gokongweis, which forced them to apologize over a story and eventually sell the paper to Estrada crony Mark Jimenez.

Gloria Macapagal Arroyo, after she declared a state of emergency in 2006 following attempts to unseat her, ordered the raid of the office of the Daily Tribune. Before this, she filed libel and other charges against its editor, Ninez Cacho-Olivares, who died recently.

Benigno Aquino III has had his share of tantrums. He slammed and shamed ABS-CBN’s veteran anchor, former Philippine vice president Noli de Castro, during an ABS-CBN party where he was a special guest.

Cory Aquino filed a libel suit against columnist Luis Beltran, who had accused her – falsely – of hiding under the bed during the failed 1987 coup against her. She won in the lower court, but the case died with the death of both Beltran and Ms Aquino.

Ironically, if there’s any president who did not bother much with an annoying press, it’s the martial law general, Fidel Ramos. A psy-war expert, Ramos simply deployed spin masters and PR machines to deal with and demonize pesky journalists and media companies while he focused on what he needed to do as president.

Under Duterte, however, we woke up to a storm.

Lest we forget, a couple of burning issues from last week are expected to also shape the coming weeks.

Vico Sotto, the young mayor of Pasig, exercised power where it matters. On Sunday, February 23, Sotto shut down a Chinese restaurant that had been operating without permits. He also took the chance to say that his city would be off-limits to Chinese-run gaming operations (or POGO).

The Philippine government's termination notice of the Visiting Forces Agreement with the US is a concern for the Makati Business Club, which said in a statement that this move could affect other arrangements between both countries.

The issue of climate and disaster preparedness comes about again with the forest fires in the Cordillera.

Bernie Sanders tightens his grip on the Democratic race with a big win in Nevada.

As the nation remembers the 1986 Edsa People Power revolution this week, Rappler will have its own commemoration on Tuesday, February 25, via an exclusive briefing for PLUS members on the Marcos disinformation network that’s been revising history to glorify the Marcos years. Join PLUS here.

Before we sent this newsletter, we were also alerted to the news that Malaysian Prime Minister Mahathir Mohamad will be making an important announcement, fueling speculations he was quitting.

We continue to keep track of the novel coronavirus outbreak, especially since South Korea, a favorite Pinoy destination, has become the biggest coronavirus center outside China with 161 cases as of Monday, February 24. In Singapore, a Filipino tested positive for the virus, but the city-state said it has no reason to impose a travel ban there. To stay updated on news, advisories, and explainers, check out our special coverage page, “Novel Coronavirus Outbreak.”

Elsewhere, the impact of Brexit on trade in the European Union will be tackled both by the United Nations, in a study to be released on Tuesday, February 25, and the EU European affairs ministers, who will meet on the same day.

Saturday, February 29, will be the US presidential primary in South Carolina.