February 1986 was a good 34 years ago on Tuesday. I remember very vividly the tanks that rolled out on EDSA and the multitudes that blocked them – nuns, novices, seminarians, priests, ordinary folks – young and old alike – heeded the call of then-Manila archbishop Jaime Cardinal Sin to surround Camp Crame. At the time, the Catholic Church wielded unparalleled power and influence that today has been somewhat diminished.

The revolutionaries of that period understood the power and importance of media, just as the dictator Ferdinand Marcos did. His authoritarian government took over private and independent media and closed them down, reopening them only with his cronies in command. Newspapers, radio, and TV – none of them were spared and journalists were hauled to jail.

It was a dark, tragic phase of our history that cannot be obliterated, no matter how hard paid troll armies and propagandists try. For as long as those who lived through those times are alive, the Marcoses cannot pretend to be oblivious to these facts: thousands were imprisoned, tortured and killed (Read: Worse than death: Torture methods during martial law and Gone too soon: 7 youth leaders killed under Martial Law); they shamelessly plundered the nation; and there was rampant corruption and cronyism. Here’s another reminder about their ill-gotten wealth: Recovering Marcos’ ill-gotten wealth: After 30 years, what?

As a young reporter with the Philippine Daily Inquirer then, I recall witnessing loyalist snipers atop a television transmission tower, signaling how media and communications are a vital component of any revolution. Control the media, control the messaging, control perception of truth, control mass behavior.

The painful tragedy of EDSA 1986 is its forgotten lessons, perhaps due in part, to complacency among that uprising's sons and daughters, who mistakenly thought that democracy would take care of itself. And here we are, three decades later, wondering how we have become such a fragmented nation with little tolerance for contrary views, dissent, and criticism. And yes, we're confronted with a democracy that seems to be fraying at the edges.

Forgetfulness has allowed the onslaught of organized and systematic disinformation that has, in turn, facilitated the return to power of descendants of the dictator. In case you missed these Newsbreak investigative reports about the use of networked propaganda – there is glaring evidence of it – you can check out the first 3 stories below. And for added historical perspective, see for yourself the patterns we saw as early as 2018 in the 4th story on disinformation targets in 2018. 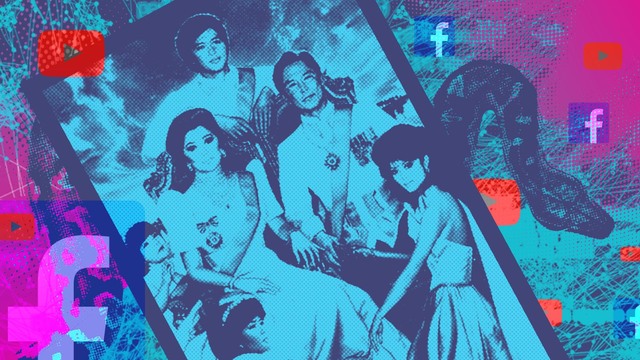 A briefing exclusively for Rappler PLUS members (Deep dive into the Marcos networked propaganda) was scheduled on Tuesday, February 25, at the Rappler headquarters. You can have free access to these types of briefings if you become a Rappler PLUS member. If you’re not yet one, you can sign up for membership here.

The fight for ABS-CBN

Earlier this week, the big story was no other than ABS-CBN and its battle for its franchise renewal. The significance of this fight cannot be understated, especially in the context of February 25, 1986. After all, the network and the Lopezes had been a victim of Martial Law once before, even as they have been criticized for playing politics. But this is all part of realpolitik, isn’t it, and only the naive will believe that big business operates and thrives in a vacuum.

From Monday’s proceedings, there are strong indications the administration will take the pressure off the network giant. The justice department, through the pronouncements of Justice Secretary Menardo Guevarra, already in so many words, told the National Telecommunications Commission (NTC) that based on the principle of equity, it could issue a provisional permit to ABS-CBN to allow it to continue operating even after its franchise lapses on May 4, 2020. But Guevarra was clear, too, that the executive department will defer to Congress.

In a classic game of political ping-pong, Speaker Alan Cayetano said the NTC provisional permit is enough to extend the franchise beyond May on notice from the House committee on legislative franchises. Other senators allied with the administration, particularly Bong Go, held back their punches. He said he would appeal to the President on behalf of the network to assure job security for the network’s employees.

ABS-CBN is safe for now, that much is clear. The apology of CEO Carlo Katigbak gives the President some face-saving measure to order his attack troops to hold their fire. There’s breathing space for a new round of negotiations post-May 2020, and Cayetano, along with Go, could craft a new game altogether. ABS-CBN, for sure, will not just sit idly by.

On Thursday, February 27, join us in our month-end Newsbreak Chats discussion at 4 pm, Manila time. I will be sitting down with reporters Lian Buan, Aika Rey, and Mara Cepeda for a closer look at the controversial questions and issues surrounding the ABS-CBN franchise. We'll talk about scenarios, too. Meanwhile, here are recent stories on ABS-CBN you shouldn't miss:

Let me know what you think via chay.hofilena@rappler.com. It was great to hear from some of you! Support free and fearless journalism – specifically our investigative reports through our crowd-funding campaign. Listen to our Newsbreak: Beyond the Stories podcast on Spotify or Apple anchored by researcher-writer Jodesz Gavilan.