Lunacy in our midst

Beware the Ides of March. We haven’t quite gotten to March 15, yet a 10-hour hostage-taking drama in the Greenhills area disturbed our normally more serene Monday. Greenhills is a popular go-to place for people looking for a one-stop shop: it’s got a popular tiangge where cheap, reasonably priced goods can be found; it’s got a supermarket, cinemas, a whole spectrum of restaurants and cafes, retail and service shops, banks, gyms, even churches and a prayer room for Muslims. Name it, Greenhills has it.

I was holding my usual 12-3 pm news writing class and was expecting one of our reporters, Rambo Talabong, to come by at around 1:30 pm to speak about his experiences as a journalist. Rambo and I had coordinated the week before and even more closely just hours before class about what he would be covering in his talk. This year’s class of mostly sophomores and one junior is highly engaged and intelligent, a majority of them also campus journalists.

At past 1:30 pm, I checked my phones and saw several missed calls and a message from Rambo at about 12:42 pm: “May hostage taking greenhills huhu. (There’s hostage taking in Greenhills.) I might have to cancel to go to Greenhills shooting.” He broke the news with a story published at 1:07 pm.

I missed Rambo’s early alerts because I was conducting the class and wasn’t watching my phones. It was the students who told me Rambo could not come – they likely saw his tweets. True to form campus journos, I thought to myself, and was quietly pleased.

During the 10-minute break which went past the usual 1:30 pm, they said they’d be spending it instead watching developments on social media. I told them the incident was a perfect example of how lives of journalists could be so unpredictable. You plan for something way ahead but the unexpected can turn things upside down and you just need to ride the news tide.

These are the facts of the case if you need a quick summary: a 40-year-old former security guard named Alchie Paray fired by his superiors for being absent for weeks without leave took at least 30 people hostage at Virra Mall in Greenhills early afternoon Monday. Negotiations stretched to the evening ending with his arrest. Follow the progression of events in this Newsbreak story: TIMELINE: Hostage taking incident in Greenhills mall which started with this: Dozens held hostage at Greenhills mall, ex-guard armed with gun, grenades

Other related stories can be found here: 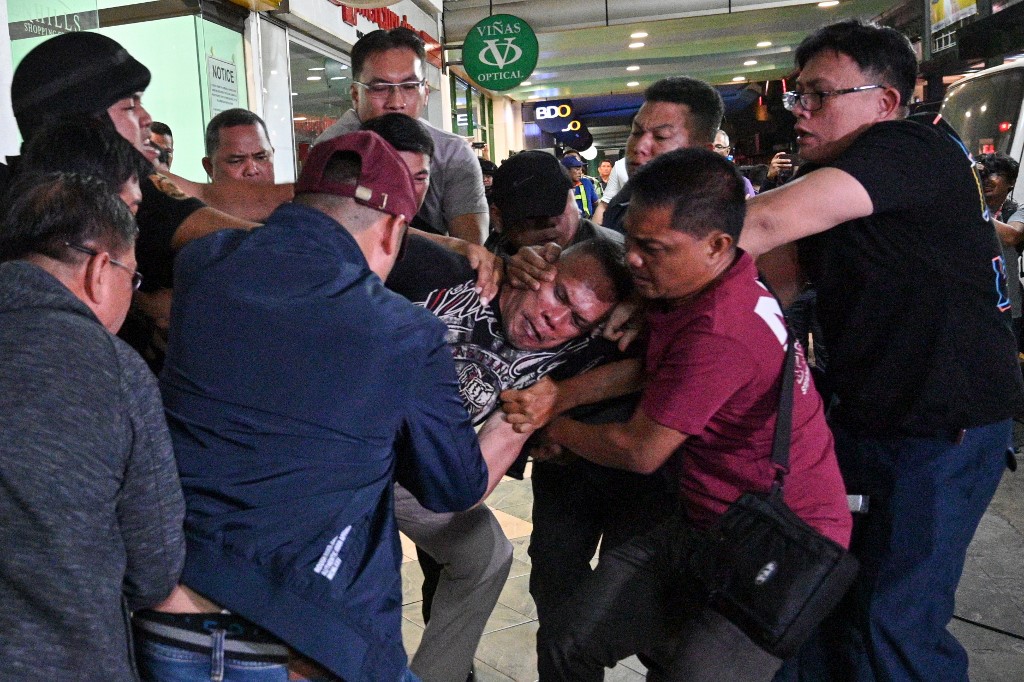 This incident reminds us of past lunacies happening within years of each other. We tracked them in this compilation of previous hostage-taking incidents in this country: LIST: Hostage-taking events in the Philippines. Among the recent ones – certainly not the very first in the country – are the Davao Penal Colony and the Davao Metropolitan District Command Center (MDCC) crises in 1989.

The Davao MDCC crisis lasted two days and ended with the death of 21 people after a shootout. Among the victims were a 9-year-old boy and Australian missionary Jacqueline Hamill, who was reported to have been raped, and years later, became subject of a distasteful rape joke of then-presidential candidate Rodrigo Duterte.

But these bouts of lunacy have invaded even our political lives. We grin and bear the half-crazed pronouncements of our legislators – Bato dela Rosa not quite understanding that the Senate as an institution is no lapdog of the President, or Bong Go mixing up legislative terms like a bill and a concurrent resolution in relation to the ABS-CBN franchise. Then of course there’s Lito Lapid in his rare appearance in the Senate carrying the cudgels for the TV network. I could go on and on with a list of hilarious, if not tragic, insanities involving our officials but I need to keep my faith in our institutions intact.

Enough funds to deal with hostage-takers?

This latest hostage-taking incident also raises questions about our law enforcers and their preparedness to deal with lunatics, and we’re not even talking about terrorists. Do they have sufficient resources and funds? A scrutiny of the 2020 budget shows that the Department of the Interior and Local Government (DILG) is among the top government agencies to receive the largest allocations for this year – 239.64 billion, of which more than 75% or P187.33 billion, is for the Philippine National Police.

We have no idea how much of this amount is earmarked for training. Or whether the Special Weapons and Tactics (SWAT) teams have enough to go by. But it’s worth remembering that the Office of the President has an P8.28-billion budget, of which more than half are confidential and intelligence funds. (READ: Duterte's office has highest confidential, intel funds in proposed 2020 budget) Its allocation for intel funds even surpasses that of the PNP’s P806 million. Worth a thought, isn't it?

Let me know what you think via chay.hofilena@rappler.com. It's always good to hear from you – whether it's opinion or tips or even suggestions for stories we should pursue. And if you missed last week's newsletter, you can read it here: The significance of February 25, 1986.

Support free and fearless journalism – specifically our investigative reports through our crowd-funding campaign. Listen to our Newsbreak: Beyond the Stories podcast on Spotify or Apple anchored by researcher-writer Jodesz Gavilan.