Duterte and our PTSD

This week was intense.

Read more: Alchie Paray: What turned a Greenhills guard into a hostage taker

Read more: Kim Chiu on van shooting: ‘I was so scared. Why me?’

Read more: Is there a House coup or is Cayetano just out to scrap term-sharing with Velasco?

Still, in a week filled with hostage-taking, political rivalry, strafing, and chopper-crashing, this video stood out as the most disturbing for me.

It was a preposterous premise, something you would expect Genghis Khan or Henry VIII to say, but not the president of a democratic country in the 21st century. Especially not the country who first gave the world "people power."

Amid deadlines and breaking news, many in the newsroom refused to be shocked by that statement. It's the old shock-and-awe trick, some may say.

I see another reason for Duterte's inability to get our goat nowadays. It’s the way a conflict zone resident responds to the 24-hour sound of mortars firing in the distance. It’s the way a street urchin responds to more shabby treatment from an abusive adult.

Another headline this week made me sit up straight: Global virus death toll tops 3,000 as EU raises alert. The entire world is in panic mode over a killer illness – as it should be.

That statistic juxtaposed with this two-year-old statistic – Duterte gov't tally: 'Drug war' deaths breach 5,000-mark before 2019 – hit me like a brick. Three thousand is roughly 3/5 of the number of people killed in Duterte’s drug war that the police acknowledge. Human rights groups think the number is as high as 27,000 to 30,000.

It’s mind-boggling how our sensibilities have been dulled these 3 years by the never-ending stream of attacks, profanities, and crises.

Doctors say that being on perpetual high alert leads to neurochemical changes in our brain. I wonder how many activists, journalists, and social media producers are feeling the symptoms of trauma: emotionally numb and detached, and a persistent sense of a gloomy future ahead. 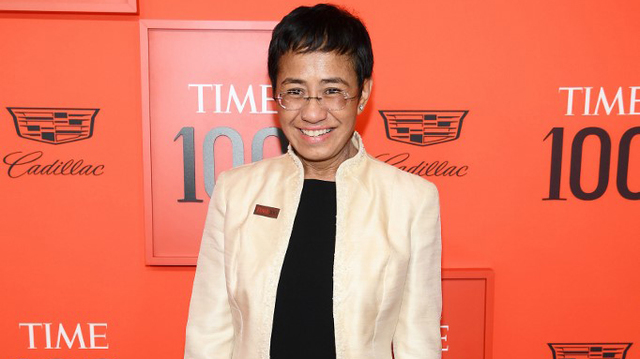 Maria Ressa among TIME’s most influential women of the century