Coronavirus Updates: Our lives starting May 16

We in Metro Manila and Luzon are on our 9th week in lockdown – the same length of time that Italy was on lockdown (the longest in Europe) before it eased up restrictions.

At the start of the week, I told the Rappler team, that if the national government would extend by two weeks for the 3rd time what it calls the “enhanced community quarantine” (ECQ), we would be on lockdown as long as the Chinese city of Wuhan was – you know, the ground zero of the novel coronavirus pandemic.

On Tuesday, May 12, Malacañang announced that Metro Manila, the adjacent province of Laguna, and the city of Cebu in the central Philippines would remain under ECQ, although a modified one, after May 15. Basically, a modified lockdown will retain all the restrictions on households and private activities, including curfews. The little easing up will be for essential business activities and government operations, and the limited return of public transportation will be for their workers.

Meanwhile, the rest of Luzon, as well as regions in the Visayas and Mindanao – where many localities declared their own lockdown half a month after the President’s declaration for Luzon in March – will be under general community quarantine (GCQ) or modified GCQ starting May 16.

The Cordillera Administrative Region, Cagayan Valley, Central Luzon, Calabarzon (except Laguna), Central Visayas (except Cebu City), Zamboanga Peninsula, Davao Region, and Caraga will be observed until May 31, if the risk of the infections would remain moderate.

The Ilocos Region, Mimaropa, Bicol, Western Visayas, Eastern Visayas, Northern Mindanao, Soccsksargen, and the Bangasamoro Autonomous Region in Muslim Mindanao will be under modified GCQ, starting May 16. Restrictions in movement, work, and business activities are lifted, but safety protocols – like wearing face masks, keeping physical distance of one meter from the next person – will still be strictly observed.

In areas where the restrictions have been partially or completely lifted, the national task force against COVID-19 gives governors and mayors the option to place smaller areas within their jurisdictions under hard lockdown. (They will have to get the approval of the regional task forces to do that.)

On Tuesday, Quezon City made use of that prerogative and placed 20 areas under “special concern lockdown.” Weeks earlier, the cities of Manila and Mandaluyong did the same. Read about the barangay in Manila where a boxing match was held and the district of Sampaloc, where there was a spike in positive cases. The Welfareville Compound in Barangay Addition Hills was also placed in lockdown while the Mandaluyong City government was conducting mass testing on residents.

To help you prepare for the transition that’s happening this weekend, here’s a compilation of our explainers on what our daily lives would look like under these levels of community quarantine: 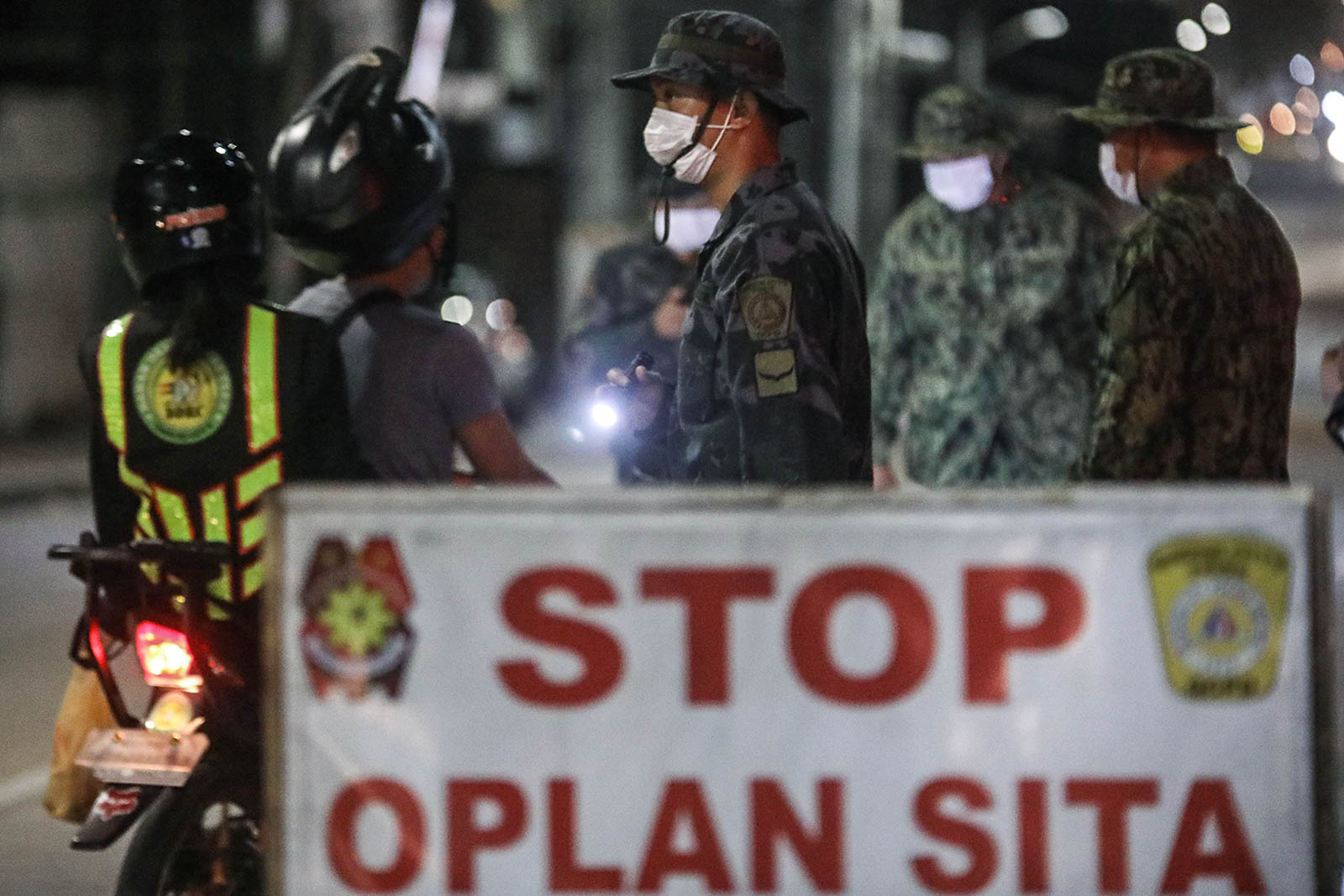 CHECKPOINT. Quezon City police check for signs and symptoms of the novel coronavirus among those passing through a checkpoint on Sgt Esguerra St. in Quezon Cit. File photo by Darren Langit/Rappler

CITIES, PROVINCES NOT TOO EXCITED

Not all local governments which had been “liberated” were happy about it, with their officials saying they wanted their cities to remain under lockdown until they shall have tested and traced enough residents and have a clearer idea of the extent of the outbreak they’re battling. Mandaue and Lapu-Lapu cities in Cebu province made their sentiments known on the same day as the Malacañang announcement.

We understand their apprehensions, considering that on Tuesday the World Health Organization was just urging “extreme vigilance” on the part of countries that were exiting lockdowns. Barely a month earlier, an international consultancy firm ranked the Philippines among the riskiest countries to be in during the pandemic.

On the one hand, who would argue with experts from the University of the Philippines when they say the lockdown slowed down the infections, and that easing the ECQ restrictions too early could result in 1,700 deaths in Metro Manila by June?

On the other hand, what was President Rodrigo Duterte to do when his adviser for entrepreneurship, in early April, said he could enforce relaxed quarantine at the barangay level once the Luzon lockdown was lifted? Or when health experts were telling him that a Luzon-wide lockdown after April 30 wasn’t needed?

Regardless, we have a string of provinces and cities that, even before Tuesday, felt they would be better off under lockdown. Bukidnon closed the borders of the entire province on April 13 (to last for two weeks) after it detected its first case of coronavirus infection. The town of Kawit in Cavite declared an “extreme enhanced community quarantine” when it had its first case as well.

When the national task force shifted Albay province from ECQ to a less restricting GCQ, the mayors protested. The province kept its borders shut while appealing its case with the national government, which eventually relented and placed it back under ECQ until May 15.

Before the second extension of the lockdown, in late April, many local government units were already anxious about easing up the community quarantine, asking the national task force to keep them under ECQ. The task force had to reject the requestsof several provinces.

The locals know their situations better, we often say. If you want to track the number of coronavirus cases in the provinces and cities, you may want to bookmark these pages, which we update every day when reports from national and local health authorities come in:

Please recommend the Coronavirus Updates newsletter to your family, friends, and contacts. We send it several times a week. They can subscribe by clicking here.